Natural History of the local area 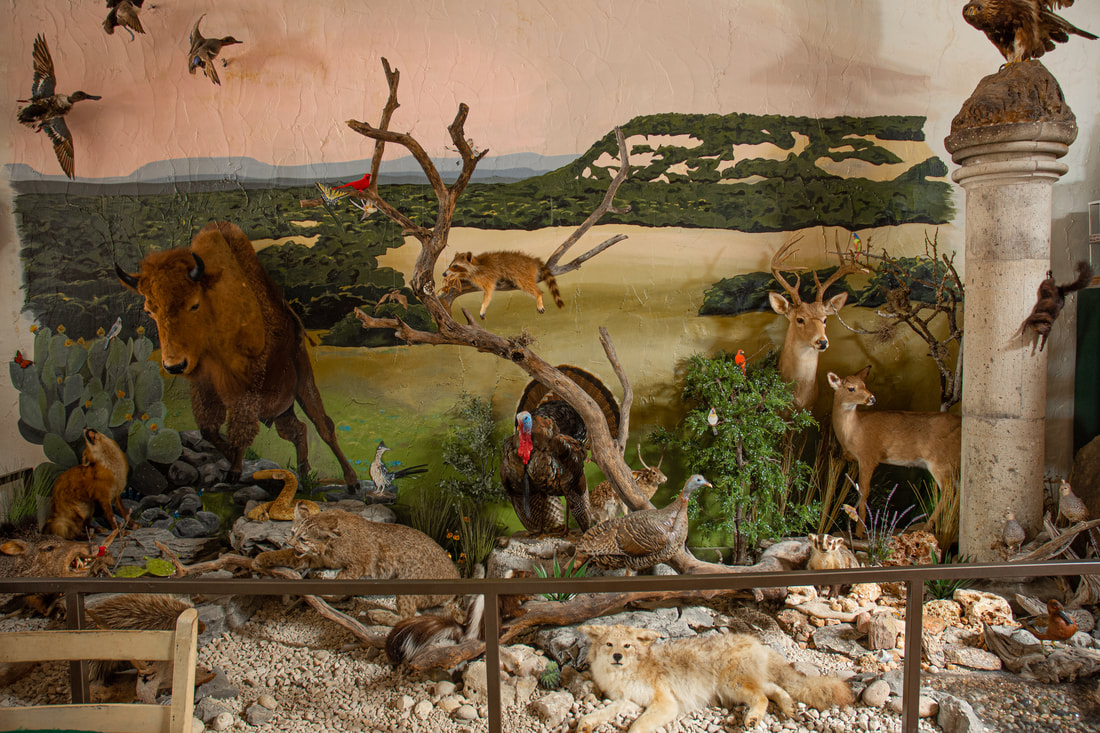 A stunning collection of taxidermy specimens is a favorite with younger visitors. The exhibit displays a variety of native creatures and plants. Photo credit Lori Triba of Blue Jean Creative Studio. 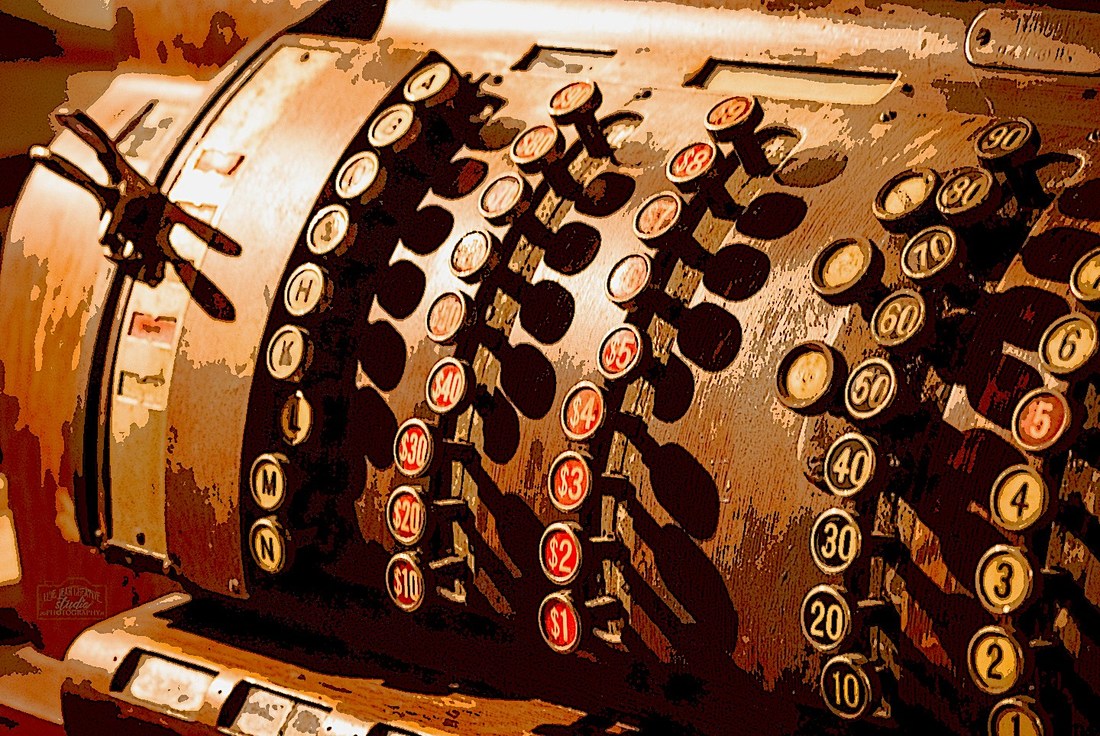 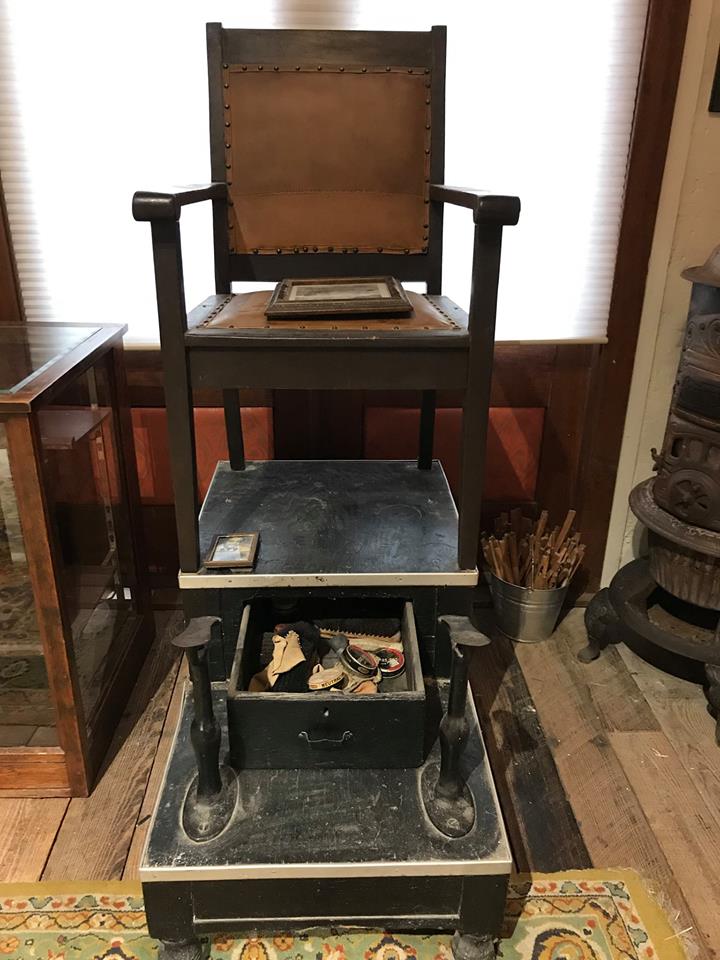 Donated by Tracy Bell from the collection of her father, Galen Edward Watson. The shoeshine stand was in Terry Reed’s barber shop on Third Street and then Fourth Street, until he gave it to Watson in the late 20th century. Watson helped Reed built his barber shop. Brown also shined shoes in the Best Yet Barber Shop, next to Cass Drugstore (on Third, off Live Oak) in bad weather and on the street for 0.50 in good weather.

Faye Brown, the son of Hattie Brown and stepson of Herbert Pickett, was a famous band leader in central Texas.  He also shined shoes at the Best Yet Barber Shop, operated by Tad Parsons and later Hack Taylor.  Many people remember how he would “talk and shine the shoes with a snap of that shine rag and swish of the buffing brushes” (Dalton Dale Vann, Sr.). While “he could talk like a sailor, Cockeye was a kind man” (Hubert Pickett, Jr.).  He played several instruments and formed the band, Cockeye and His Aces, in the 1920s with several friends and relatives.  They played for numerous dances over the next forty plus years.   He and his wife Florine left Lampasas in the 1970s and moved to Colorado to be near their daughter, Alla Faye.  Cockeye and the Aces are featured on the mural, “Small Town . . . Big Sound” on Key Avenue.   He died in the late 1970s. 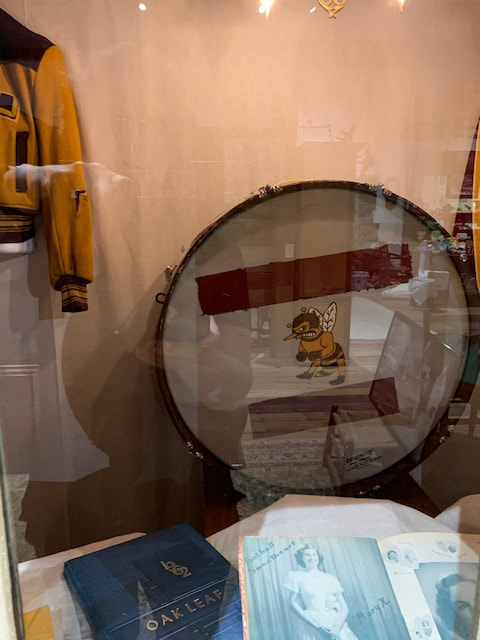 Lampasas Schools, Lometa School, the Lampasas Colored School and other early small community schools played a vital role in the development of our community. Exhibits include a variety of uniforms, apparel, music-related objects, and photographs.

Home-life exhibits show what life was like in early Lampasas County. Antique hand-sewn quilts, clothing, a parlor and kitchen take us back in time.  The old butcher block and large commercial refrigerator from Piggly Wiggly (formerly located in downtown Lampasas) are among the interesting pieces in the Museum's collections. 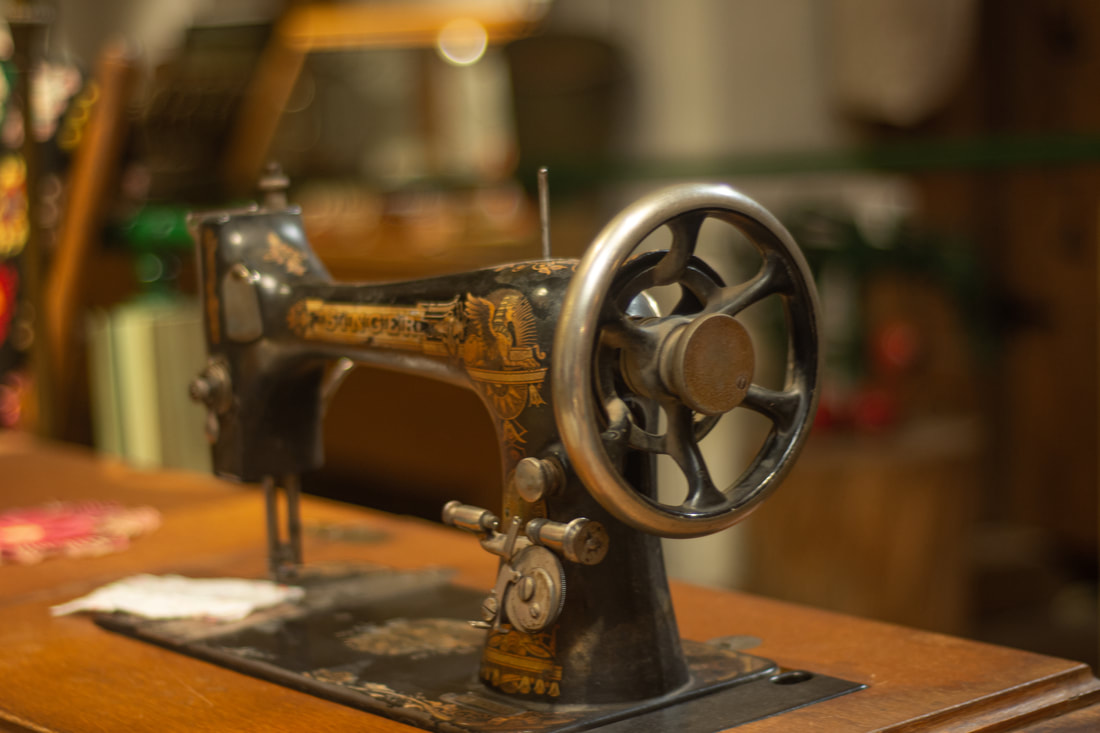 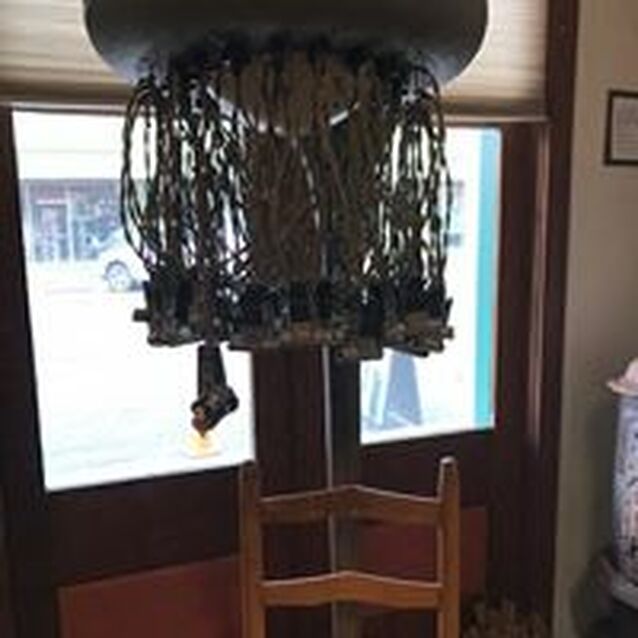 c. 1930s. Gift of Joanne Davidson. The Sanders Permanent Wave Machine on view at the Museum was used by Bessie Summerville up into the 1960s in her Bessie’s Beauty Shop at 106 North Broad Street (between North Avenue and West Avenue A) in Lampasas. Bessie Summerville (1896-1970) attended cosmetology school in Abilene and then opened her own beauty shop in her Broad Street home in Lampasas. She never married.  The permanent wave machine was invented by an African-American American hairdresser named Marjorie Joyner (1896-1994) to straighten very curly hair and curl very straight hair. She registered the patent in 1927. (U.S. pat. #1,693,515) The machine used electric current to heat the hair that was clamped in sections on rods. She got the idea for rods from a pot roast cooker. Marjorie Joyner was the first African American woman to receive a patent and was the director of Chicago's Madam C. J. Walker Beauty Schools. Unfortunately, Marjorie Joyner never profited from the permanent wave machine because her boss, Madam Walker, owned the rights. 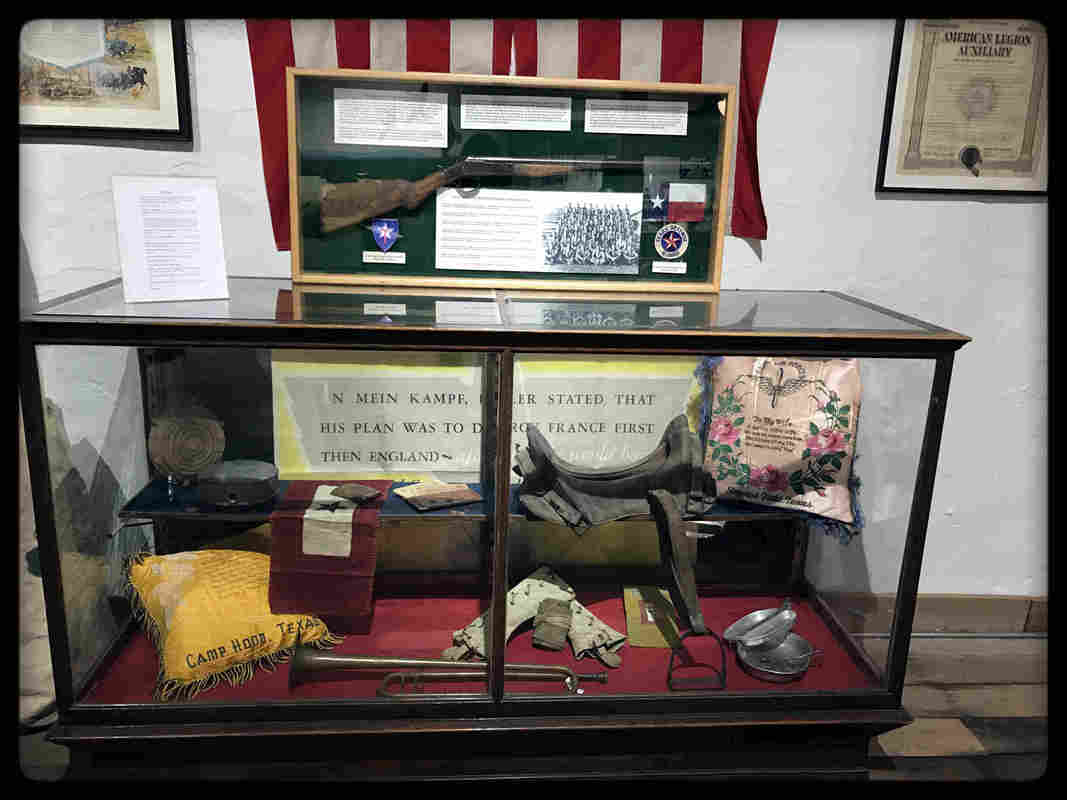 The Museum honors Lampasas County veterans through a variety of commemorative items. The exhibits touch on the Civil War to the present. 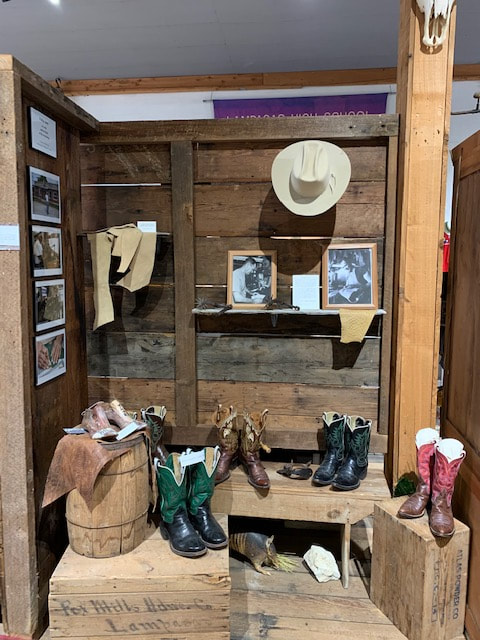 ​Boots made by renowned Ray Jones, who maintained a shop in Lampasas for 45 years, are on exhibit along with those made by Pablo Jass, who is still making boots today.

Carpentry tools made and used by an early Lampasas craftsman are on display. Bellows, anvils, and many of the necessary items used by blacksmiths to make equipment for early farmers and ranchers are on view.  The Museum also has a display of varieties of antique barbed wire. 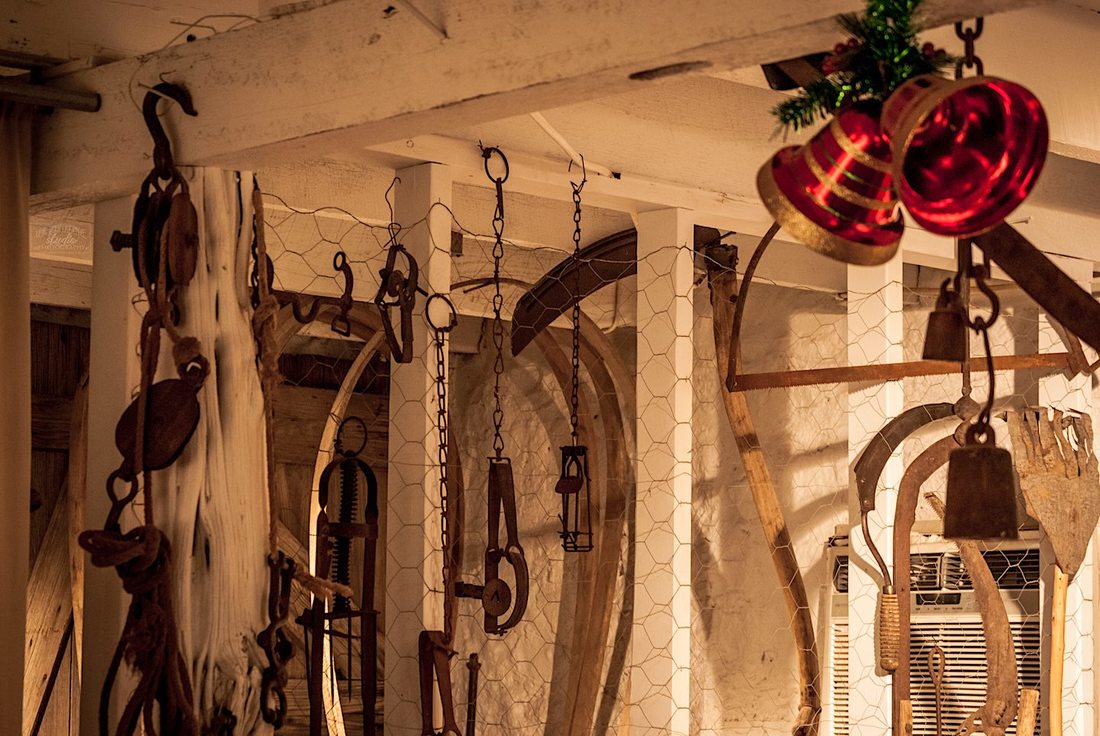 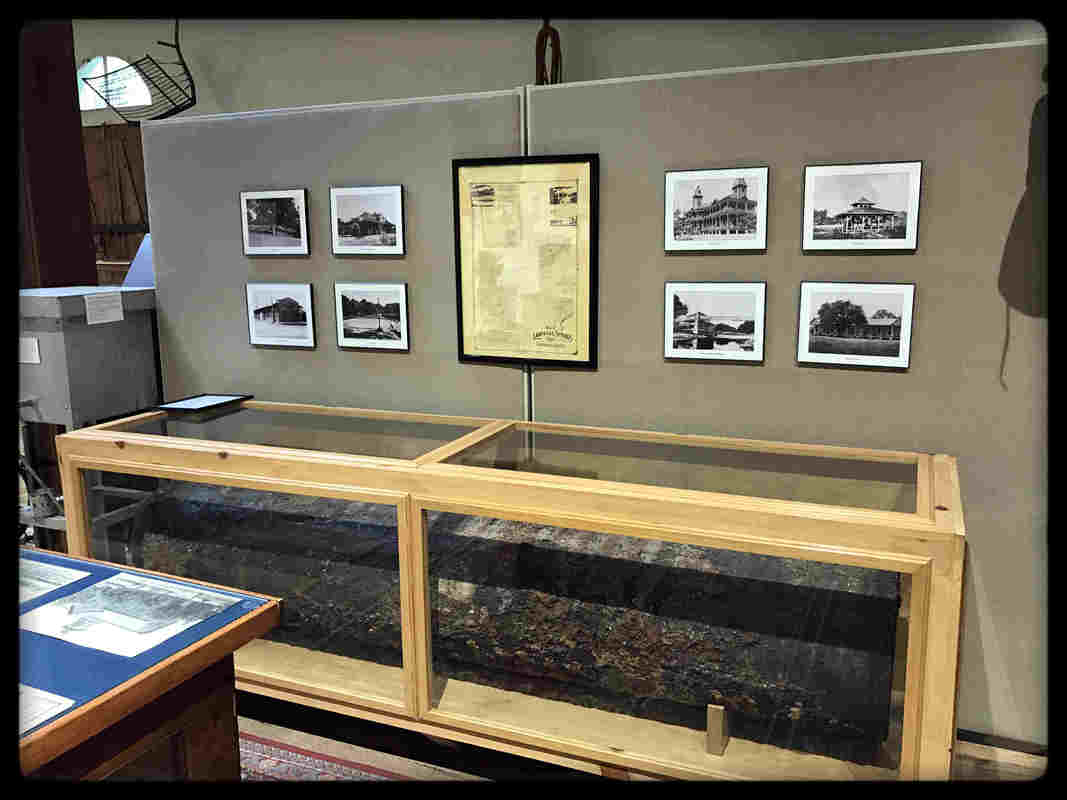 The natural springs brought the Indians and in the early 1800s, the first settlers in the county. The historic Hanna and Hancock Springs led to the growth of the region. The Star Hotel (now called the Keystone Star Hotel) and Park Hotel were built to provide accommodations for those wishing to enjoy baths in the free-flowing sulfur waters. These resorts made Lampasas famous and earned it the moniker "The Saratoga of the South." The Keystone Star Hotel was recently renovated and is around the corner from the Museum.
Click to Read More